QuakeFeed is one of the latest mobile (iPhone) apps available for free to users and has been developed with the Esri iOS API. Using the app, users get real-time updates of earthquake data pushed out from the USGS. The app has an excellent, simple UI where the user can select from a number of basemaps (street, satellite, relief, physical, terrain, or topo) to display the data on. Additionally, the user can select to display a feed from any recent tremor that was recorded (optionally filter by magnitude) and then share the update via email, Twitter or facebook. A link is provided to the source report from the USGS Earthquake hazards program – a simple, yet very effective map. See http://quakefeed.net

Not to be outdone… here’s a quick look at a slightly revised map of Canada that shows how the Provinces might appear if cartographers drew up a map using suggestions provided by Google’s auto-complete algorithm. Inspiration for this fun map comes from the Mashable article “The United States of America According to Google Autocomplete” which we were alerted of recently by @cajeyjames (thanks James for the tip) – hopefully @petersonGIS won’t rip me on the cartographic issues here ;0)

Just in time for the new year, the US Census Bureau has started releasing data from the 2010 US Census of the population. These figures provide national-level estimates of the population by age, sex, two race groups � black and non-black and for the first time, the Hispanic population under age 20. See the official news here

With new technology there always seems to come curiosity, mixed feelings, and confusion… and so it seems that is the case with Cloud computing according to some recent research findings in Canada. According to the Financial Post and some recent research, industry execs agree that the cloud is important, however, educating these execs on what the technology means and what the benefits are is needed. From the findings… 62% of executives admit to being confused by the concept of cloud computing and even 23% of respondents classified as “I.T. executives” felt the same. While 64% said they considered cloud computing to be important to their company’s future success, 33% believe Canada is lagging behind other developed countries when it comes to adopting cloud computing.” See details in the Financial Post 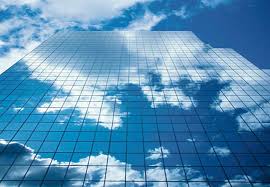 For a little help understanding Cloud computing, check out this free e-book from google – Moving to the Cloud

Here’s a handy tip that has saved me many times… imagine setting up any email address or alias that you manage to automatically forward as SMS to your cell phone… how handy is that while you head out on a business trip or for a holiday?  It’s very simple, all you need is the ability to access your email management settings and create a simple forward alias that will send the address of choice to any carrier using the special code they have in place. All mobile carriers have a unique SMS gateway address that ties to your phone number, the issue is that most people have no idea what it is. The following are popular USA carrier codes that you can use to setup your mail forward (Source: Makeuseof):